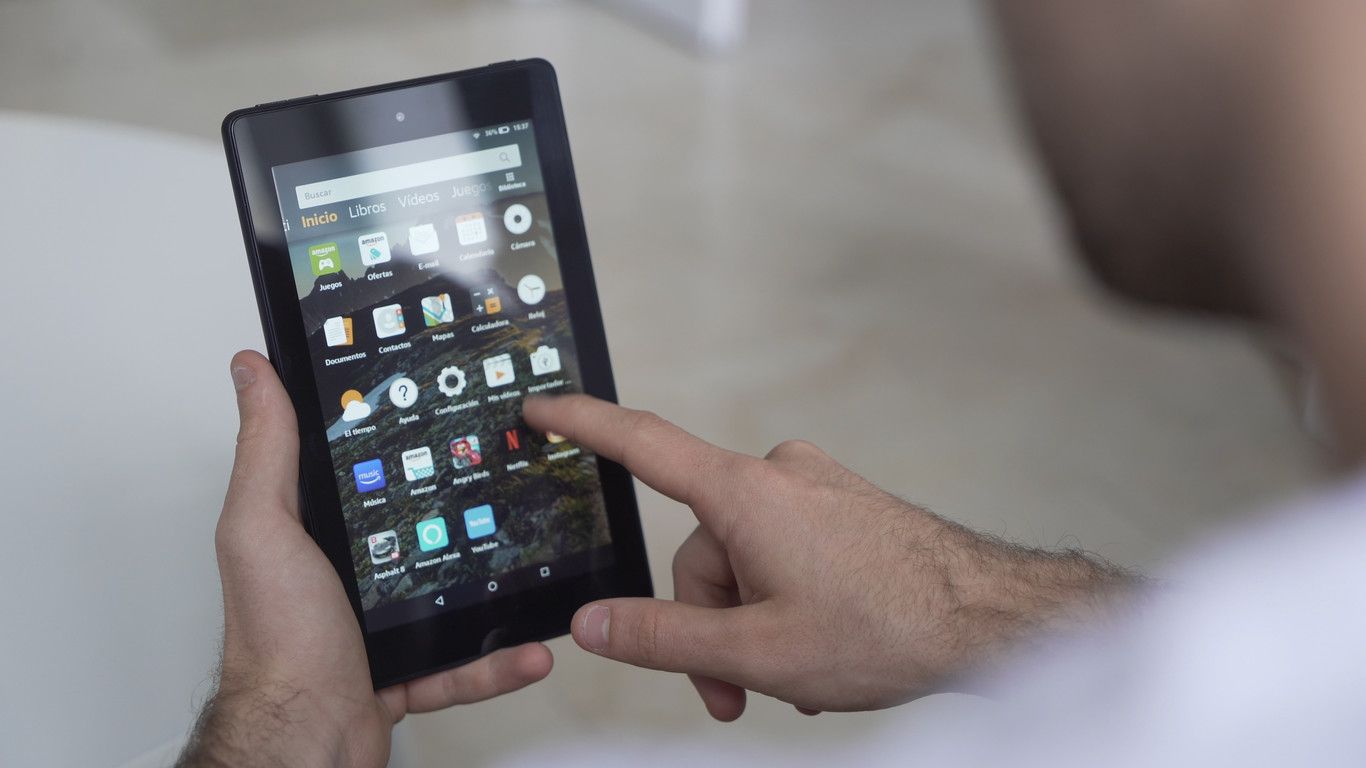 How to reset an Amazon Fire tablet Too easy!

It is not at all strange that, from time to time, a device does not work as expected. The same happens with Amazon products and that is why we want to show you how restart a Amazon Fire tablet.

Nor is it a novelty that, on many occasions and with different devices, restarting it can be the solution to many problems. It happens with mobile phones, computers, consoles and televisions Does it work with an Amazon Fire tablet? Yes, it works and can help us fix a number of those minor issues. That is why we are going to teach you how to restart an Amazon Fire tablet in very few steps, with two simple and fast methods.

The quickest and easiest way to restart an Amazon Fire, of course, is with the physical power button. All we have to do is simply keep the button pressed until we can see a small window on the screen.

Three options will appear in this window: Shut down, Restart and take screenshot.

Obviously the one we are going to have to press is “Restart”. But sometimes it may be that the tablet does not work as it should or perhaps just the touch part of ours does not work properly in that section. So there will be no alternative but to simply force a restart.

How to force restart Fire tablet

We will have to press the power button and keep it pressed, even if it is about 20 seconds. Then we must release it when the screen turns black.

YOU CAN ALSO READ:   How to change Discord profile picture

We will wait a few seconds and then press and hold the power button until the tablet turns on again. The device should turn on normally.

And basically that would be it, this way we could reboot an Amazon tablet Fire without much more trouble. We have two fairly simple methods with which we can do it.

Clearly, restarting an Amazon Fire tablet isn’t a magic bullet, but it can solve a host of minor issues that would otherwise just waste our time.

The next time something is not working properly on your Amazon Fire tablet, try either of the two methods above to restart it and it is very possible that all your problems will be over in a matter of minutes.