How to Use Virtual Desktops in Windows 11

How to Add a Virtual Desktop in Windows 11

To create a new virtual desktop, hover your mouse over the task view button on the taskbar. It’s the button between the Widgets and Search icons. Then click Add desktop in the menu that appears.

To see what happens on each virtual desktop you create, hover your mouse over the “Task View” button and then over each desktop. For example, here I have three virtual desktops running with different applications on each. 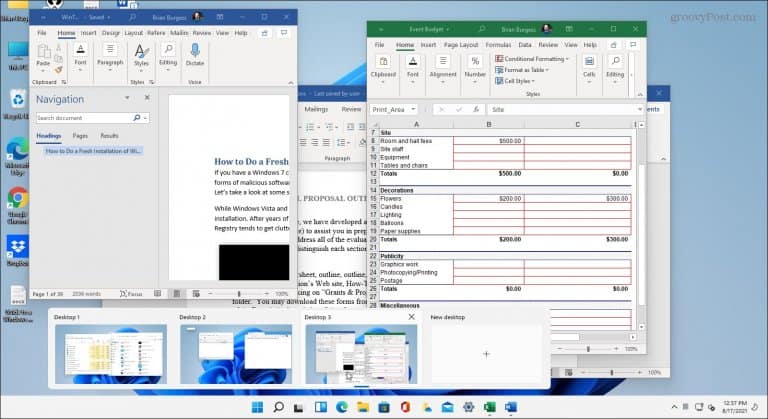 How to Rename a Virtual Desktop in Windows 11

By default, Windows gives each desktop a generic name. But you can create specific names for each one. Mouse over the button in the task view, right-click on a desktop, and select Rename.

YOU CAN ALSO READ:   How to Upgrade from Windows 11 Home to Windows 11 Pro 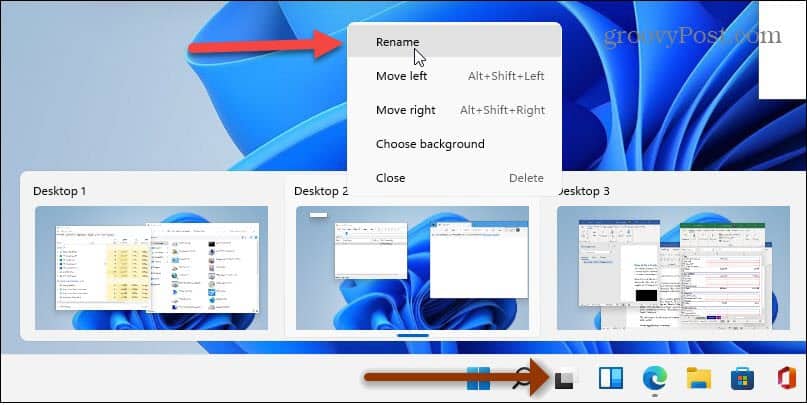 Sometimes you may want to move an application window from one desktop to another. To do this, click on the button in the task view and hover over the desktop with the window you want to move. Then right-click in the window and click Move to and select the desktop. 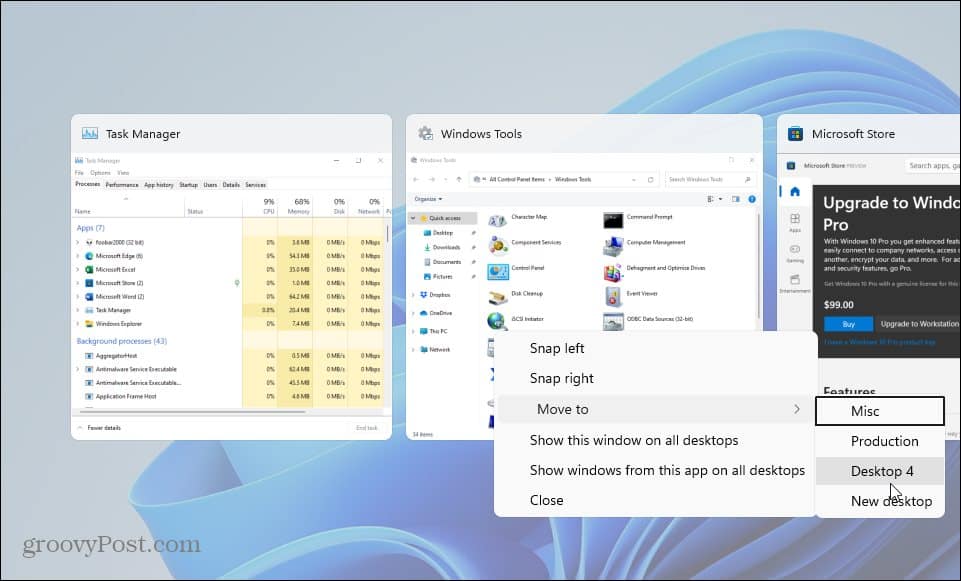 How to close a virtual desktop in Windows 11

To close a virtual desktop, click the button in the task view, hover over the desktop you want to close, and click the X in the upper-right corner of the preview.

You can also right-click the thumbnail of the virtual desktop preview and click To close. And it’s worth noting that you can close a desktop using the keyboard shortcut Windows + Ctrl + F4.

When a virtual desktop is closed and more than two have been created, its content will be moved to the desktop on its left. Closing a desktop does not close open applications; it only moves them one place.

The Virtual Desktop feature in Windows 11 appears to be a smoother and more responsive experience than Windows 10. Creating, managing, and maintaining desktops is intuitive. You have other options like showing a window on all desktops, showing an app’s windows on all desktops, and more. It’s a good feature if you prefer different environments for various tasks and workflows. 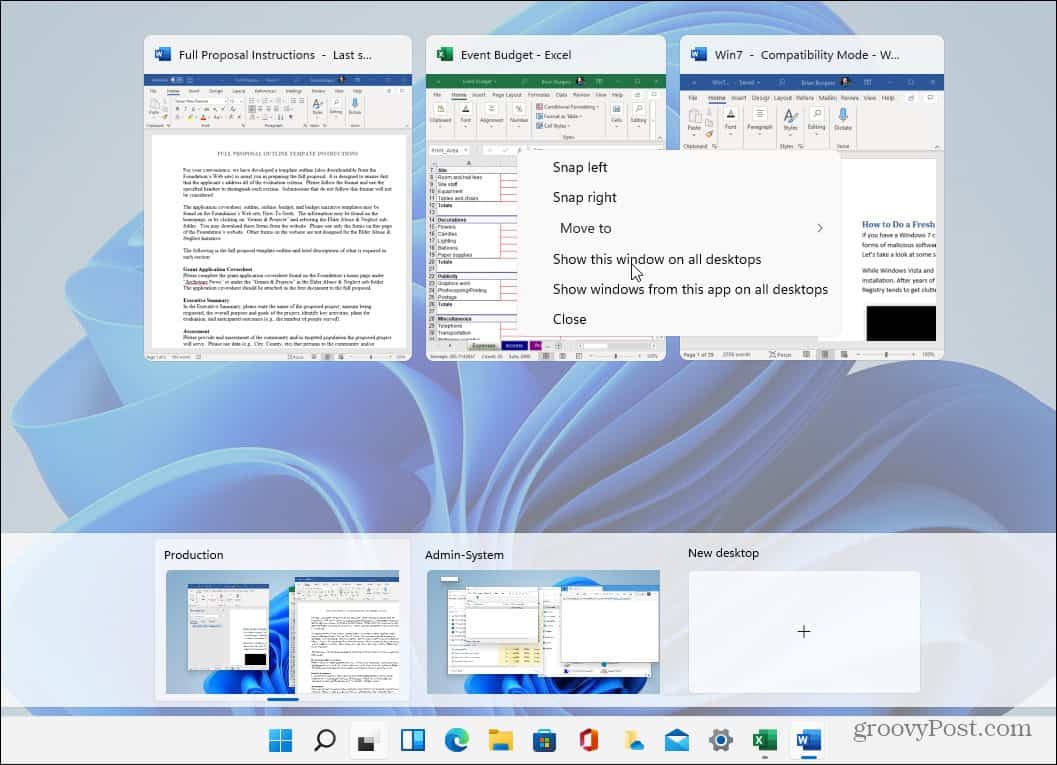 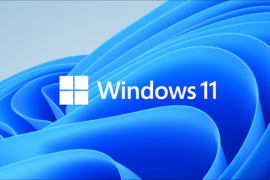 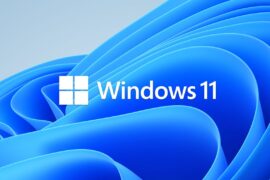 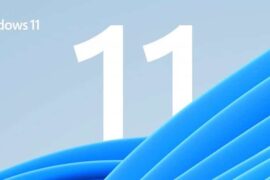 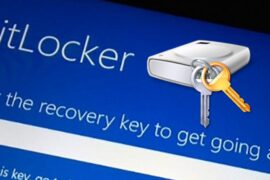