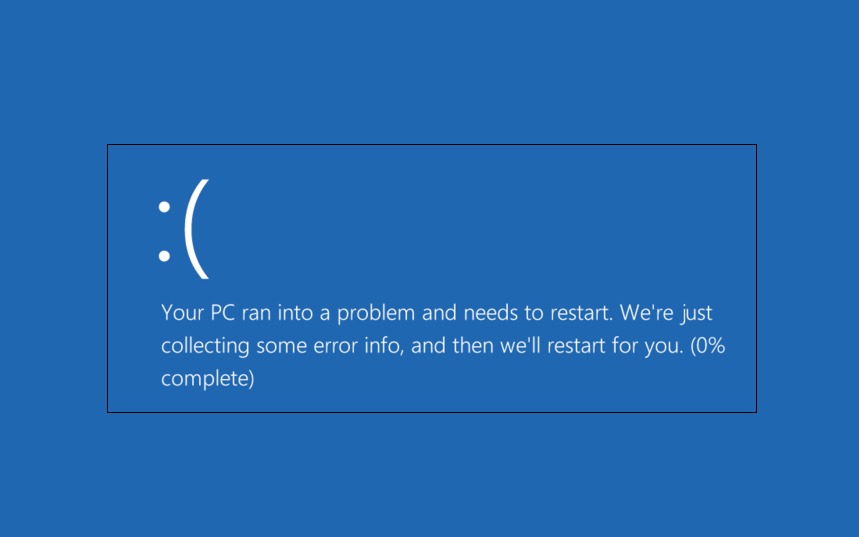 Blue screen of death: what to do if it appears frequently

By Carlos Garcia November 17, 2020 4 Mins Read
Contents hide
1 What is a blue screen, and why does it appear?
2 What to do when a blue screen appears
3 Google is our everything.
4 Built-in tools
5 Generic methods

One of the most unpleasant surprises for users is the blue screen. Today we will tell you why it occurs and how you can deal with it.

In the current realities, meticulous computer care does not guarantee that the operating system will work stably. One of the most unpleasant surprises for users is the blue screen. Today we will tell you why it occurs and how you can deal with it.

What is a blue screen, and why does it appear?

Blue screen (Blue screen of death), also known as the screen of death, results from a system or hardware critical error in Windows. It is some text on a blue background. When it appears, the operating system stops its work, and the computer goes to reboot. And in some cases, the reboot does not always help, and the screen of death appears again and again. It turns out a kind of vicious circle.

A prevalent cause of BSOD is the failure of some component. A conflict between installed programs on a PC is also a common cause of a blue screen.

What to do when a blue screen appears

BSOD is not just one type of critical error, it includes many different kinds of malfunctions, and each has its way of solving. The error can be identified by knowing its name or code, indicated on the death screen without fail. Usually, this is a characteristic inscription of the type: CRITICAL_PROCESS_DIED, or a set of numbers and letters by type: 0x0000000F.

YOU CAN ALSO READ:   How to get genuine art in Animal Crossing: New Horizons

Google is our everything.

The easiest way to solve the problem is to find instructions for your specific case by typing an error code into a search engine. In modern systems, there will even be a QR code next to the name of the malfunction. You will be taken to the official Microsoft website by scanning it, where a method for troubleshooting the problem will be described.

You can turn off automatic restart if your computer shuts down too quickly during a blue screen. To do this, right-click on the shortcut “My Computer ” and select “Properties ” in the menu that appears. Next, on the left side of the window, select “Advanced system settings. ” In the “Advanced ” tab, select “Options ” next to the category “Startup and Recovery. ” Then uncheck the box next to Auto-Reboot.

Windows developers have equipped their operating systems with simple but sometimes useful tools. And although they rarely help, you can start with them, especially since it will not take much time.

In the lower-left corner of your screen, select the Start menu. In it, open “Options (gear icon).” Next, go to the “Update and Security” section. On the left side of the window, select Troubleshoot and look for Blue Screen. Run the utility and follow the further instructions. It is possible that after such a procedure, the blue screen will no longer bother you.

If none of the above helped you, before reinstalling the operating system, try the most popular methods for solving the problem.

YOU CAN ALSO READ:   How to Find Nearby AirTags Using an Android Phone