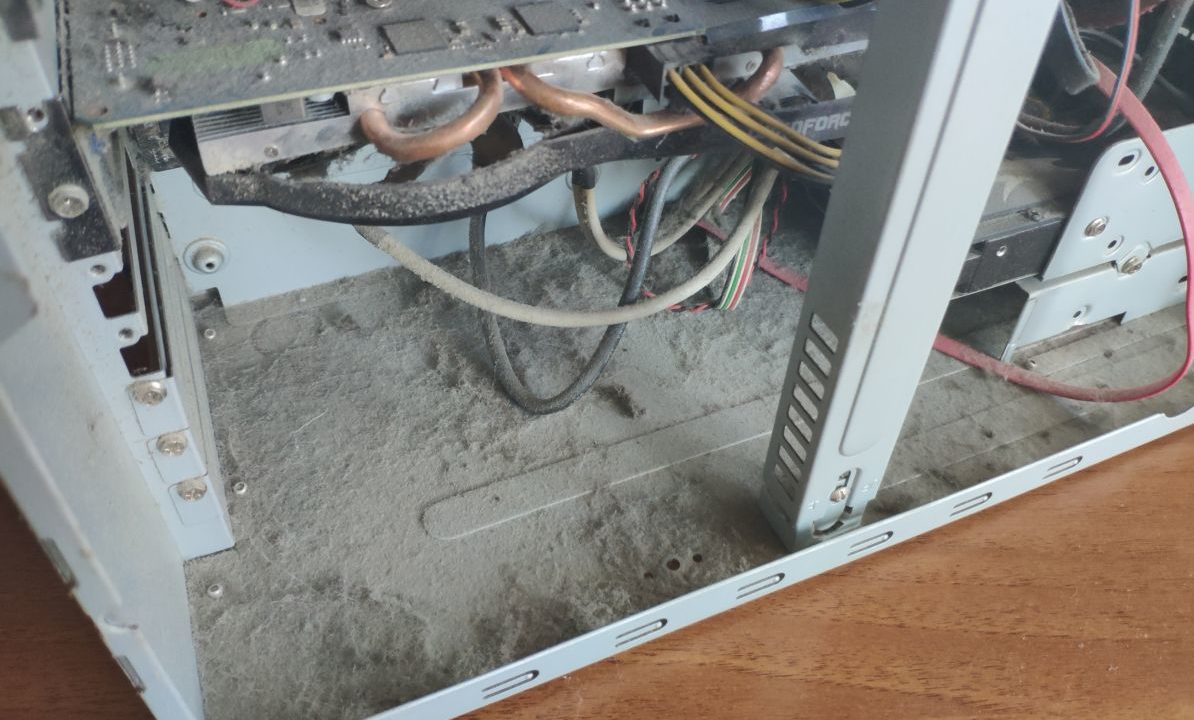 How to clean your computer from dust, and how often should you do it?

If your computer periodically freezes, reboots, loses performance, it may be time to clean the system unit. We will tell you how to do it correctly and accurately.

A considerable amount of dust accumulates inside the system unit, and even pet hair, if any. Those who are “familiar” with computer equipment do not need to explain how important it is to clean the system unit periodically. So in our article, we will focus on typical users who can maximally connect a device to a USB port.

First, about how often you need to clean your computer from dust. We recommend doing this at least once every six months. If you have the skills, the process will take about 15 minutes – not so much. Also, the computer itself may give you signs that it’s time to start cleaning. They can be, for example, like this.

Why clean your computer from dust?

Of course, this is not done to make it pleasant to look at the “hardware”. The components of the system unit get very hot during operation, so radiators and cooling coolers were invented for them. Coolers are ventilated systems that push air through heated radiators. It is in the radiators that dust most often accumulates – because of it, cooling is disturbed, the components overheat and stop working usually.

YOU CAN ALSO READ:   Chrome tabs automatically open or reload

Cleaning your computer from dust: where to start?

System units usually have several holes covered with a metal mesh. One is on the sidewall (for ventilation of the case), the second is on the back (this is already a power supply). If you have a cat or dog, likely, both of these holes are actively covered with a layer of fur. It needs to be removed with every cleaning – pick up with a damp cloth. Even if there are no animals, dust on the nets will indeed accumulate.

To get to the main components, you need to disassemble the case. To do this, you will have to remove the sidewall. As a rule, it is fastened with screws (look for them on the back wall) or with latches. We unscrew the screws or unfasten the latches, move the wall towards the back – and the panel is in our hands. Of course, before disassembling, you must disconnect all cords and cables, especially the power cable.

Now we look inside and are horrified. As a rule, there we will see something like this.

It’s not so difficult to put everything in order here. For this we need:

In principle, you can do with an ordinary household vacuum cleaner, but the thinner the tubes and the “trunk”, the more convenient it will be to work. Compressed air cylinders are usually purchased from photo or computer stores. This is an ordinary “aerosol”, only inside there is clean air.

What exactly to clean from dust inside the computer?

First of all, we take a vacuum cleaner and collect all visible dust. You are unlikely to be able to crawl over all the trains and details – we use a brush in hard-to-reach places. Now you can start general cleaning.

If you do not understand well what is inside the computer, look for fans and radiators. The former you will probably recognize, the latter vaguely resemble radiators. As we already said, the fans blow on the radiators, that is, it is essential to remove dust not only on the blades, but also in the radiator honeycombs.

YOU CAN ALSO READ:   How to put iPhone or iPad in recovery mode

Also, the power supply needs cleaning. It is more difficult with him: he has his own body, in which the filling is hidden (and, of course, dust).

How to clean your computer from dust yourself?

The best assistant in the fight for cleanliness is an air cylinder. For example, even a brush cannot get under the cooler on the processor heatsink. But the jet of air under pressure entirely blows out the dust. It remains only to collect it with a vacuum cleaner. This can be done at the same time.

So, we put the tube on the can of air, make our way to the radiator shutters and press the button on the bottle. Be prepared for nasty things to fly out of there – for this it does not hurt to place the “trunk” of the switched-on vacuum cleaner next to it. Blow the dust out of the radiator carefully and methodically. How long to purge? Until the filth stops flying (well, or at least to visual purity). They filmed this process on video.

Usually the coolers and radiators of the following parts are cleaned:

Let’s talk about the power supply separately. Typically, this is a large iron box at the top of the system unit. But how can you clean a computer’s power supply from dust if you can’t crawl to its insides? Just push the tube from the cylinder into one of the holes on the back wall and blow. Dust will fly from the rest of the holes, which also has to be removed.

What if purging doesn’t work?

Cleaning your computer is a must in any case. But it’s not a fact that the cause of the bugs is precisely overheating. What if you removed all the dust, but the problems that we described at the beginning of the article remain?

YOU CAN ALSO READ:   How to View Spotify Play History

There is another possible reason. There is a layer of thermal paste between the heatsink and the processor – it is used to improve contact. If it dries up, typical heat dissipation is disturbed, the processor starts to get hotter, its performance decreases, and the computer begins to slow down. There is only one way out: replace the thermal paste. It is not so easy, so it is better to entrust the operation to those who have already performed it. But if you want to try it yourself, please.

How do I protect my computer from dust?

The lower your system unit is, the more actively it collects dust. If you notice that the insides get dirty very quickly, try moving it higher – for example, on a table. Special filters can be used, but sometimes they obstruct the flow of fresh air into the case and are virtually useless.

And, a simple tip – clean your apartment more often.