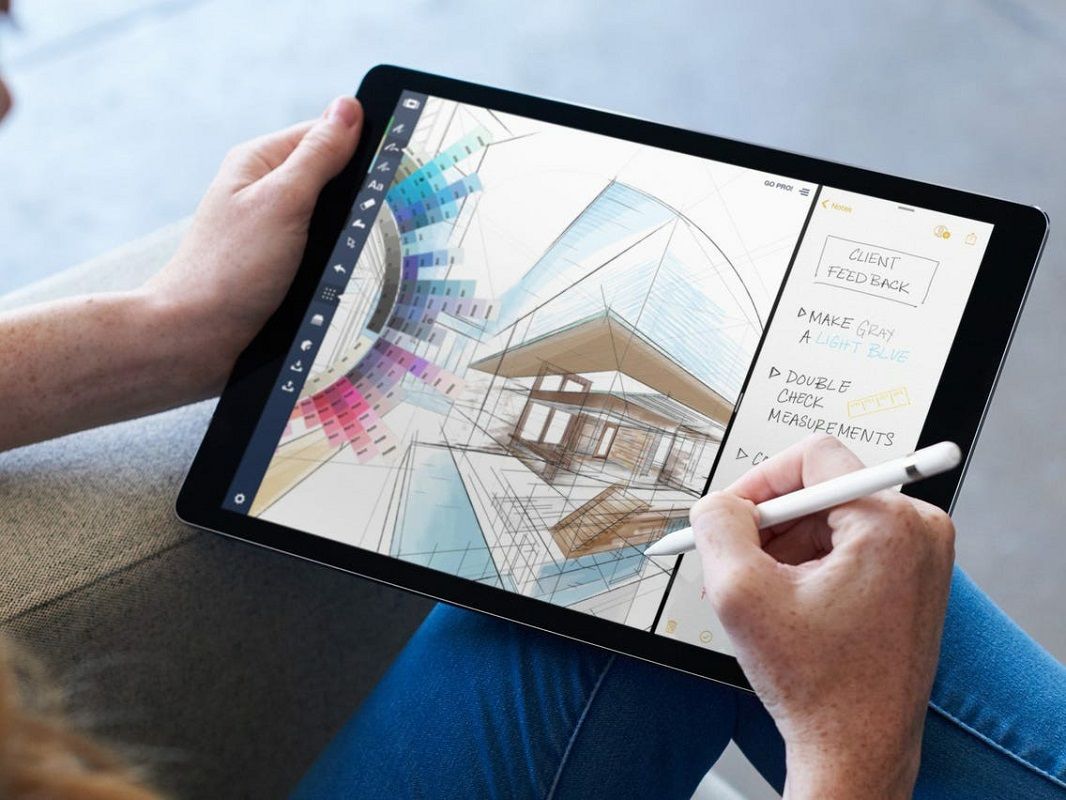 How to split screen on iPad with Split View?

By Carlos Garcia September 3, 2021 4 Mins Read
Contents hide
1 Split View for iPad, the gateway to multitasking
1.1 And how to open an app in a floating window with Slide Over?
2 Improved multitasking comes from the hand of iPadOS 15

Multitasking, also called multitasking, is very fashionable these days when we are almost always performing two tasks at the same time. Of course, the devices we have at home are prepared to adapt to these uses, and that can be applied to Apple tablets. Therefore, although there are other more modern methods of doing it, today we want to teach you how to split screen on iPad with Split View.

As we said, this Split View mode has been, for many years, the feature of Apple’s operating environments perfect for people who wanted to have two applications open simultaneously, an interesting feature thanks to which we can also divide the screen on Mac if that’s what we want.

In the following lines, we are going to show you not only how to divide the screen on iPad with Split View, but also how you can open an app in a floating window with Slide Over, and what are the news that Apple prepares for the update to iPadOS 15, which will make it easier to switch from one tool to the other.

Split View for iPad, the gateway to multitasking

Well, after dividing the screen on the iPad, we already know that Split View is the most direct output we have, and with it we will be able to use two applications on the tablet screen at the same time, without requiring great knowledge.

YOU CAN ALSO READ:   How to open CMD in a specific folder in Windows

Thus, you can check your emails while browsing the Internet, check your Dropbox account in the cloud while making annotations, or send an email with photos of your pet while you check the gallery.

In any of these circumstances, Split View works with the iPad horizontally, like this:

As simple as that is to take advantage of Split View to open two applications at the same time, and that is why so many people who resort to multitasking on a day-to-day basis are grateful for this feature.

And how to open an app in a floating window with Slide Over?

Slide Over is a function that we could call “sister” of the previous one. that we have just seen, although in practice it is distinguished because the second app is occupying a smaller size and superimposed on the first.

It can be very useful on certain occasions, such as if you have to be checking your messages or emails to do something else, and you do not want them to share the screen, but this overlay.

To open an app in a floating window with Slide Over, follow these steps:

YOU CAN ALSO READ:   How to make a ladder in Animal Crossing: New Horizons

It’s that simple, you will have generated a second floating application above the first.

Improved multitasking comes from the hand of iPadOS 15

Although Split View works very well, as you have probably already seen, the truth is that the guys from Cupertino have decided revolutionize multitasking on your successful tablet, introducing some new features.

Hand in hand with the launch of the iPadOS 15 operating system, the next version of environments for tablets from the Californian, we will have an improved multitasking, much more intuitive and powerful than so far.

Those who have the possibility of accessing iPadOS 15, will see in principle that a new control appears located at the top of the iPad, from which you will be able to select a divided screen, or a window that overlaps the others, each with your own options from the three points.

Among those options is the aforementioned Split View and also Slide Over, in addition to the alternative that allows the iPad screen to be occupied by only one application. A) Yes, it will be easier to pass between them.

If you are especially interested in this, you have a guide on how to use the new multitasking features in iPadOS 15.