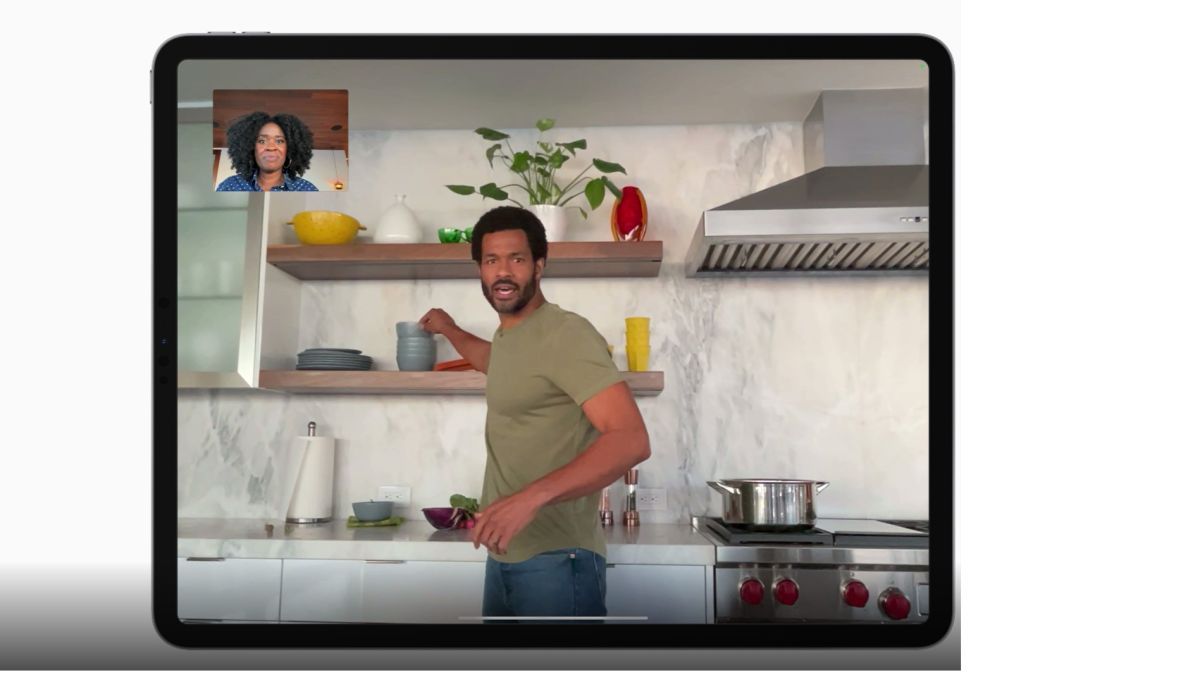 What is Apple Center Stage and how to activate it?

By Carlos Garcia November 8, 2021 4 Mins Read
Contents hide
1 But what is Center Stage and why is it so important?
1.1 How can iPads do this?
1.2 What versions of iPad is it available on?
2 How to activate Apple Center Stage?

When a few days ago we analyzed why the iPad Mini 2021 is one of the best Apple tablets ever, among the different features that we mentioned about that device there was one that probably caught the attention of users who had not heard of it before. We mean Center Stage, of course.

The point is that, If you are among those users who regularly use their iPad for FaceTime video calls, Center Stage can become one of your favorite features of those of Cupertino.

But what is Center Stage and why is it so important?

First introduced to the market on the iPad Pro M1 and its smaller siblings, Center Stage is basically a camera assist mechanism, automatically adjusting the frame so that the frame You can follow the movements of the subject that appears in the video call, expanding your original range of movements.

Taking advantage of the combination of the wide-angle lens and the neuronal motor of the latest iPad, the camera analyzes the movements, and repeats them, ensuring that the frame remains on you, or on whoever you want.

YOU CAN ALSO READ:   How to encrypt your chats on Facebook Messenger?

And what happens when we try to frame more than one person? So what happens is that Center Stage automatically detects when someone else enters the screen, adjusting on their own, autonomously.

In fact, it is capable of opening the visual field with its potential of 120 °, so that whoever is on the other side of the video call can visualize all the people that the interlocutor tries to frame, in the same frame.

And although Center Stage works with FaceTime and it is together with this app that it offers its best version since it also depends on Apple, the truth is that you can take advantage of the tool in other video conferencing apps.

Even, In the commercial for the latest iPad Mini, Apple stops at the ability of the Neural Engine algorithm.

How can iPads do this?

If you wonder why even with the fixture fixed, the camera can move flexibly according to the movement of the subject in the frame, the answer is that it does so thanks to the super wide angle front lens. We could say that Apple specifically worked on that hardware with its software in mind.

In a second instance, the Californian developed an Artificial Intelligence algorithm able to edit the frame whatever was necessary, to eliminate distortion commonly caused by wide angle lenses.

Obviously, if we look for some small bugs we will still find them, but it is still an extremely interesting innovation, which we are eager to see how it evolves in the future.

YOU CAN ALSO READ:   How to share a google document privately

What versions of iPad is it available on?

How to activate Apple Center Stage?

You can easily turn Center Stage on or off through the Control Center on your Apple tablet:

In general, Center Stage is useful when you have to be constantly moving during a video conference. Without going any further, if you are making a presentation on a whiteboard, at a certain distance from the iPad.

However, it is important to clarify that, in certain circumstances, the function can become distracting.

Remember that, if you want, you can record a FaceTime call on iPad.